Laparoscopy: Everything You Need To Know Skip to the content

Laparoscopy: Everything You Need To Know

Laparoscopy: Everything You Need To Know 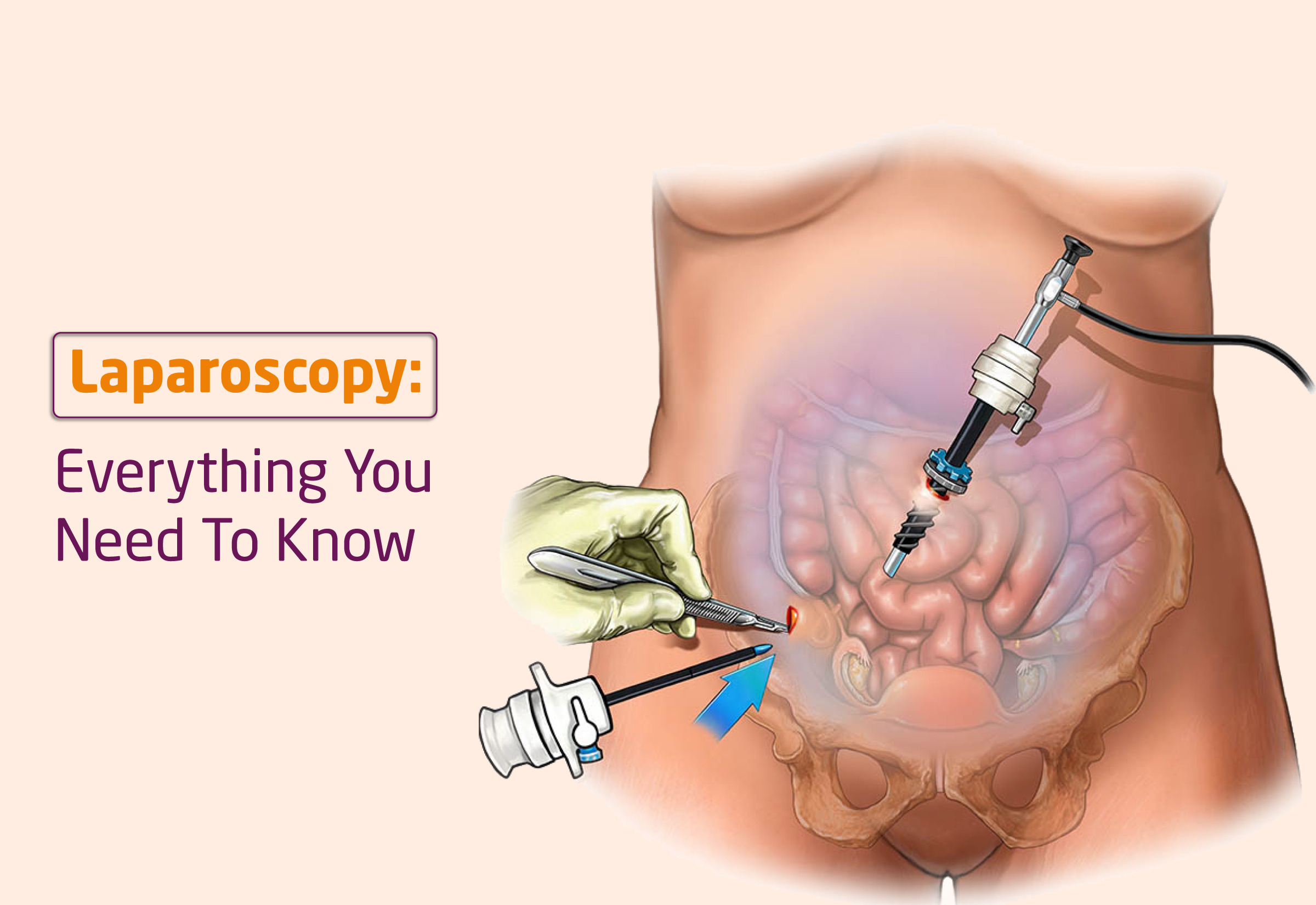 A laparoscopy is a type of exploratory surgery performed with a laparoscope. The surgeon examines the abdominal and/or pelvic chambers usually through one or two keyhole incisions. This is a less intrusive option than a laparotomy.

It is typically performed for diagnostic purposes in order to search for issues that imaging tests have been unable to detect. During the procedure, the doctor may collect tissue samples for a biopsy. During the laparoscopy, they could also be able to treat small issues, including removing growths or obstructions that they discover during the examination.

What is laparoscopic surgery?

A minimally invasive surgical procedure utilised in the abdomen and pelvis is called laparoscopic surgery. It employs a laparoscope to see inside your body without fully opening it up. A laparoscope is a thin, telescopic rod with a camera at the end.

In contrast, to open abdominal surgery, which requires a 6- to 12-inch incision, laparoscopic surgery only requires two to four tiny incisions, each no larger than half an inch. The others are for the surgical tools, and one is for the camera. Keyhole surgery is another name for minimally invasive surgery that alludes to these tiny incisions.

What surgical procedures are done laparoscopically?

Nowadays, laparoscopic surgery is a viable option for many routine procedures. The degree to which your disease is complex will determine whether you are a candidate for laparoscopic surgery. To treat some complex illnesses, open surgery could be necessary.

However, due to its advantages in terms of cost savings and better patient outcomes, laparoscopic surgery is increasingly being used as the standard procedure for a variety of routine procedures. The list includes:

Is laparoscopic a major surgery?

On the other hand, laparoscopic procedures involve the removal of organs, and if you assume that any organ removal requires significant surgery, you are not mistaken. No matter how they are performed, these operations have inherent hazards that include bleeding, injury to surrounding organs, internal scarring, and others. The recuperation durations will be shortened and made easier with the laparoscopic procedure, and have excellent success rates.

How safe is laparoscopic surgery?

Although some risks are minimised, it is still at least as safe as open surgery. Reducing the size of the wound lowers the risk of infection, blood loss, and postoperative problems such as wound separation and incisional hernia. The risk of any transmission of germs between the patient and surgeon is decreased with laparoscopic surgery by limiting their direct touch. Additionally, it reduces the amount of time needed for postoperative recuperation, lowering the hazards associated with extended bed rest, such as deep venous thrombosis (blood clots in veins).

How should you prepare for your laparoscopic surgery?

You’ll need to be ready for this in a few different ways because general anaesthesia is typically used for laparoscopic surgeries. Prior to surgery, you should not eat or drink anything for roughly eight hours. This is done to stop anaesthesia-related sickness. Additionally, you should make arrangements for transportation home after the treatment.

Even while you’ll probably be able to return home that day, the anaesthesia may have left you feeling hazy. More detailed instructions regarding your drugs may be provided by your doctor.

What happens before the procedure?

When you get to the hospital, a nurse will take your vital signs to make sure you’re healthy enough for surgery while you change into a hospital gown. Before the procedure, individuals could occasionally have additional testing, such as a blood test or imaging of the surgical site.

You will enter the surgical room after the testing is complete. To give you fluids and anaesthetic, an IV (intravenous) line will be inserted into a vein in your arm or hand. You’ll be put to sleep and have your muscles paralysed, along with any pain. Additionally, a breathing tube will be inserted in your throat to maintain the openness of your airway while the surgery is performed.

What happens during the procedure?

After giving you the anaesthesia:

The doctor may recommend additional steps, such as:

The doctor might make a third incision in the abdomen and insert tools to carry out these further treatments. The surgeon will then take out the instruments and stitch the incisions. For a few hours, a patient must stay under monitoring to ensure that there are no difficulties and that their recovery is going smoothly.

What are the advantages of a Laparoscopy procedure?

Laparoscopy involves the following compared to other surgical procedures that can assist a doctor in determining the reason for infertility: